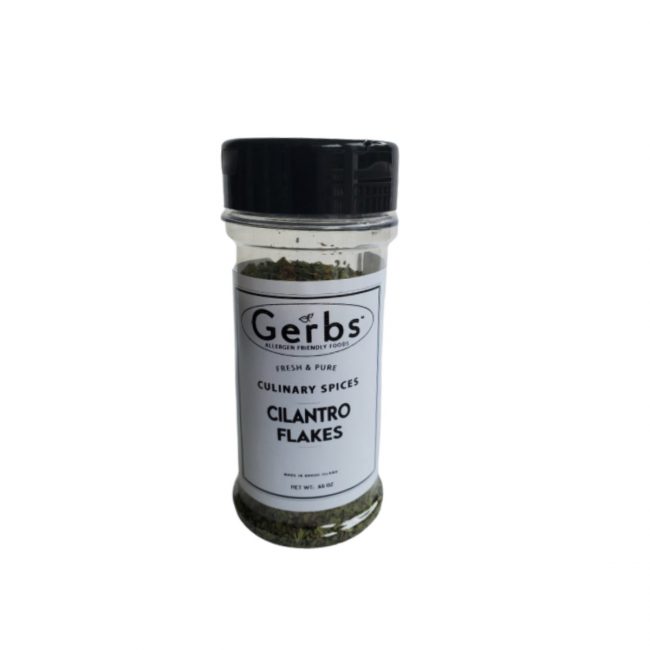 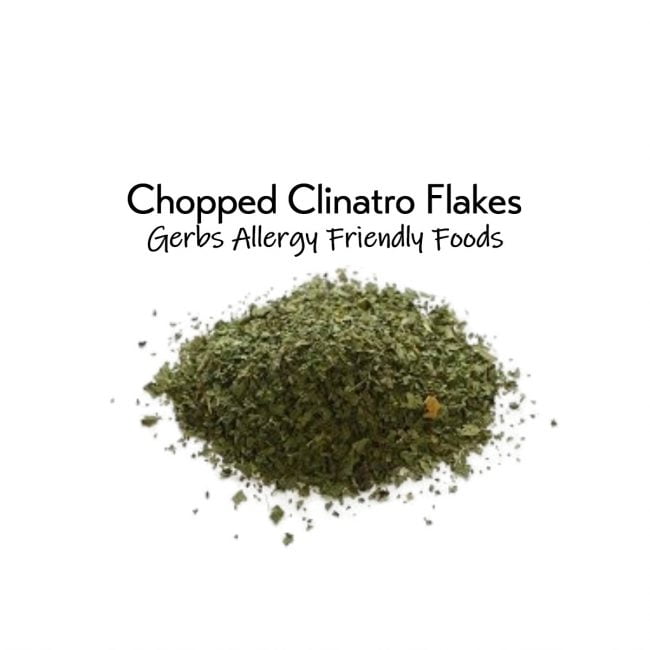 0.65 oz jar
Use cilantro flakes with yogurt, cheese, tropical fruit, tomatoes, corn, potatoes, onions, chiles or in combination with fresh herbs. Pair with meats, seafood, poultry, tofu and noodles. Cilantro is a delicate herb, and should be kept dry and refrigerated until use.
Ingredients: Cilantro Flakes.

Although slightly resembling flat-leaf parsley in appearance, cilantro flakes can be distinguished by its unmistakable aroma and flavor. Cilantro flakes offer citrus overtones with a flavor that can be bright, earthy and pungent, though its pungency is often contested to border on “soapiness”. If left to go to seed, the plant produces white delicate flowers from the cilantro leaves that have the exact essence of cilantro with a sweet floral finish.

Here are some of the amazing health benefits of cilantro flakes.

Cilantro also shows the ability to help balance blood sugar levels, giving another good reason to add it to salads and smoothies. In one animal study, cilantro was shown to be effective for lowering blood sugar, leading researchers to suggest cilantro can be used to help manage diabetes

Coriander may protect your heart by lowering blood pressure and LDL (bad) cholesterol while increasing HDL (good) cholesterol. A spice-rich diet appears to be associated with a lower risk of heart disease.

Anxiety is a regrettably common issue that people struggle with. In fact, the National Institute of Mental Health estimates that over 18% of U.S adults battle with anxiety. Cilantro may be a natural way to find relief. One study in mice, for example, found that a cilantro extract is just as effective as anti-anxiety drugs like diazepam for reducing anxiety. Considering most anxiety drugs come with a hefty list of side effects, cilantro may be an interesting alternative to consider with your doctor.

4. May Protects your Brain

Diseases of the brain such as Alzheimer’s or Parkinson’s are thought to be associated with two things: chronic inflammation and oxidative damage. Amazingly, evidence suggests that cilantro can protect your brain from both. First, it contains many antioxidants—including vitamins and the flavonoid quercetin—that are protective against oxidative stress. Second, research shows that diets high in spices such as turmeric, clove, ginger, garlic, and cilantro significantly reduce chronic inflammation.

5. May Protect your Skin

Cilantro may have several skin benefits, including for mild rashes like dermatitis. Cilantro contains antioxidants that may protect your skin from aging and sun damage. It may also help treat mild skin rashes. In one study, its extract failed to treat diaper rash in infants on its own but could be used alongside other soothing compounds as an alternative treatment.

Be the first to review “Cilantro Flakes .65 oz” Cancel reply