SORGHUM GRAIN
Increased prevalence and diagnosis of Celiac Disease have led to strong growth in the gluten-free market, of which sorghum is a key component. While 40,000 to 60,000 Americans have been diagnosed as Celiac, the federal government estimates there could be as many as 3 million undiagnosed. A gluten-free diet incorporating sorghum also has been adopted by many with autism, ADHD and irritable bowel syndrome, although research in this area is limited. But being gluten-free isn’t sorghum’s only bragging right. It’s also a whole grain that provides many other nutritional beneﬁts. Sorghum, which doesn’t have an inedible hull like some other grains, is commonly eaten with all its outer layers, thereby retaining the majority of its nutrients. Sorghum also is grown from traditional hybrid seeds and does not contain traits gained through biotechnology, making it nontransgenic (non-GMO).

ROYAL WHITE QUINOA GRAIN
High in fiber, Quinoa is a grain crop that is grown for its edible seeds. It is pronounced KEEN-wah. It technically isn’t a cereal grain, but a pseudo-cereal. In other words, it is basically a “seed” which is prepared and eaten similarly to a grain. Quinoa was an important crop for the Inca Empire. They referred to it as the “mother of all grains” and believed it to be sacred. It has been consumed for thousands of years in South America, although it only became trendy and reached “superfood status” a few years ago. NASA scientists have been looking at it as a suitable crop to be grown in outer space, mostly based on its high nutrient content, ease of use and how easy it is to grow!

MILLET GRAIN
This tiny “grain” is gluten-free and packed with vitamins and minerals. In fact, while it’s often called a grain because of it’s grain-like consistency, millet is actually a seed. It’s also used in birdseed mixture, but if you think it’s just for the birds, you’re missing out on important benefits of millet nutrition for yourself! Millet provides Serotonin to calm and soothe your moods, helps hydrate your colon to keep you regular, is alkaline and digests easily.

AMARANTH GRAIN
Gluten-free, cooking Amaranth is comparable to cooking pasta or rice: boil plenty of water (six cups of water per one cup of Amaranth), measure the grain into it, cook and stir for 15 to 20 minutes, drain, rinse, and eat. Amaranth can be used as an exceptional thickener for sauces, soups, stews, and even jellies. Eaten as a snack, Amaranth can have a light, nutty, or peppery-crunchy texture and flavor. Best of all, Amaranth is even more nutritious than its true-grain counterparts. Amaranth is a great source of lysine, an important amino acid with protein content comparable to that of milk, more easily digested; neither can be said of other grains. To support this positive aspect of Amaranth, it also contains primary proteins called albumin and globulins, which, in comparison with the prolamins in wheat, are more soluble and digestible.

BUCKWHEAT GRAIN
Buckwheat belongs to a group of foods commonly called pseudocereals. Pseudocereals are seeds that are consumed in the same way as cereal grains, but do not grow on grasses. Other common pseudocereals include quinoa and amaranth. Despite its name, buckwheat is not related to wheat, and is therefore gluten-free. Buckwheat is processed into groats, flour and noodles, or used in buckwheat tea. The groats can be used in much the same way as rice. They are the main ingredient in many traditional European and Asian dishes.

TEFF GRAIN
Teff, which is grown in Ethiopia and used to make Injera (the sourdough flatbread), is a small grain with a long list of health benefits. Along with being gluten-free, high in iron and super tasty, teff has also recently been called out as being Hollywood’s new superfood and the new quinoa. Gwyneth Palrow and Victoria Beckham are both fans of teff and the grain’s multiple uses, according to the Daily Mail. According to the Dr. Oz Show, teff is also known to reduce PMS symptoms and help you lose weight, and Lee says it’s ideal for vegetarians looking for sources of protein.

Here are some of the super healthy benefits of eating ancient grains.

Various studies show that adding grains to your daily diet reduces the chances of the risk of heart disease, and this is considered one of the major and biggest benefits of eating grains.

As a part of a healthy diet plan, grains are a super-rich source of fiber and are linked with a lower risk of obesity. So if you are on a weight loss program adding grains to your daily diet plan may help you keep your weight in check.

BLACK FRIDAY SALE
20% OFF ON EVERY PRODUCT 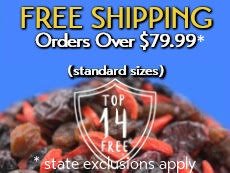 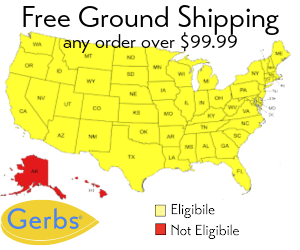